From Nasir to Nasty to Nas Born Nasir Jones, in Queens, New York, on September 14, 1973, Nas is the son of jazz musician Olu Dara. He was raised in Queensbridge Houses — the largest public-housing project in America — where he wrote stories about his life growing up there. Despite his talent for writing, Nas dropped out of school in eighth grade, and his life on the streets would fuel a new style of writing: rap lyrics. His first mentor was Willy "Ill Will" Graham, who would play him hip-hop records and DJ as Nas rapped. In 1991, rapping as Nasty Nas, he made a stunning debut with a guest verse on "Live at the Barbecue" by Main Source. Nas’ verse was a seamless melding of his writing skills and his street knowledge. The track was produced by Large Professor, who subsequently produced many of Nas’ early demos and continued to work with him throughout his career. In the wake of "Barbecue," Nas was asked to contribute to the soundtrack for the film Zebrahead — a sort of hip-hop Romeo and Juliet set in Detroit — and the resulting song, "Halftime," another collaboration with Large Professor, became his debut single in 1992, and would also appear on his debut album, Illmatic, two years later. This was the big break Nas needed, and he was signed to Columbia records by Faith Newman and MC Serch, who also invited him to guest on his "Back to the Grill" single. Newman would later recall hearing Nas for the first time: “I lost it and I went down the hall to my boss, the head of the A&R department, David Kahne, and I said, 'Look.' I said, 'You don't ever have to let me sign anything else while I'm here, but you've gotta let me sign this kid.'" 'Illmatic' Makes Nas a Legend Illmatic was released in April 1994, and it landed at No. 12 on the Billboard pop chart and No. 2 on the R&B chart. Featuring production from the cream of the East Coast — DJ Premier, Large Professor, Q-Tip, Pete Rock and LES — it was a piece of perfection that was acknowledged as a classic far and wide. Its vivid depiction of inner-city New York, its multi-syllabic wordplay and its stellar beats ensured the album didn’t flag from beginning to end. The hip-hop bible The Source magazine gave it a rare 5 mics rating. Illmatic’s follow-up, It Was Written, was released in 1996, and debuted at No. 1 on both the pop and R&B charts. Full of high-profile collaborators — among them Dr. Dre, Lauryn Hill and Foxy Brown — the album went double-platinum on the strength of such singles as "Street Dreams," "Head Over Heels" and "If I Ruled the World (Imagine That)." The success, propelled in part by Nas’ solid MTV presence, opened him up to a new audience. He also joined the short-lived supergroup The Firm, teaming up with Dr. Dre, Foxy Brown, Nature and AZ to release the somewhat disappointing The Firm: The Album in 1997. 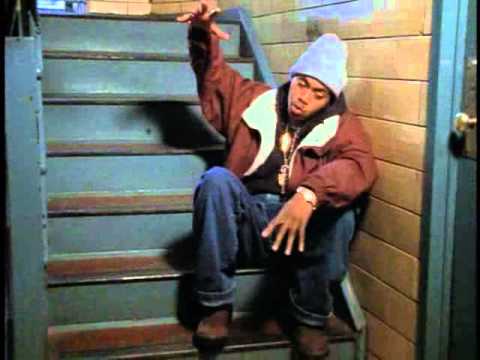 Born Ronald William Artest on November 13, 1979, Metta World Peace was the oldest of six children growing up in the Queensbridge Houses, New York City’s oldest public housing complex. The area was home to some gang and drug activity, and growing up in this environment set the tone for World Peace early on. He once said, "I’m accustomed to playing basketball really rough. When I came into the league, I was used to fighting on the court. That’s how I grew up playing basketball." World Peace played high school basketball at La Salle Academy, where he was a McDonald’s All-American, led his team to a 27-0 record and was New York City’s Co-Player of the Year. In 1997, after fielding offers from several colleges, World Peace decided to attend St. John's University in Queens. In his freshman year, Artest was named to the Big East’s All-Rookie and All-Tournament teams, and the St. John’s Red Storm went 22-10, advancing to the NCAA Tournament for the first time since 1993. In 1999, World Peace left college a year early to go pro, and was drafted 16th overall in the first round of the NBA draft by the Chicago Bulls. In his rookie year, World Peace proved to be a solid player, averaging 12 points per game, and was named to the NBA All-Rookie Second Team. Halfway through the 2001–02 season, however, he was traded by the Bulls to the Indiana Pacers.